MAXIMIZE THE POTENTIAL OF GLASS

BY THIN GLASS OF
"AIMIC SERIES" 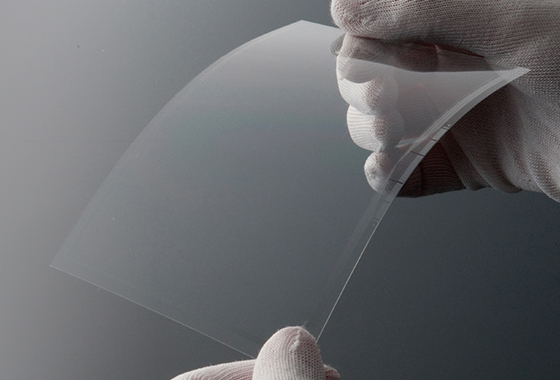 For many years, the MICRO TECHNOLOGY Co., has been pursuing glass materials with strength, hardness and design, and functionality.
I overcame the image of "hard and heavy", "breaks when force is applied", and "does not bend".
It is now to realize products and designs that could not be realized with plastic.

Taking advantage of the transparency, weather resistance, heat resistance, wear resistance, etc. of glass, we have developed thin glass "aimic" with high technology.
We will solve the problems in your product development and open the door to practical use and realization.

There are two main products of "aimic",
and there are four precision processing methods. 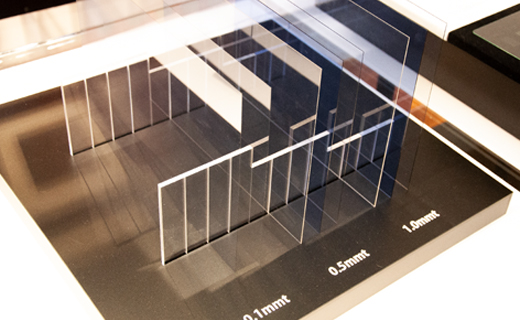 It is a simple and plain thin glass product.
We provide the size as you want with a well-balanced thickness. 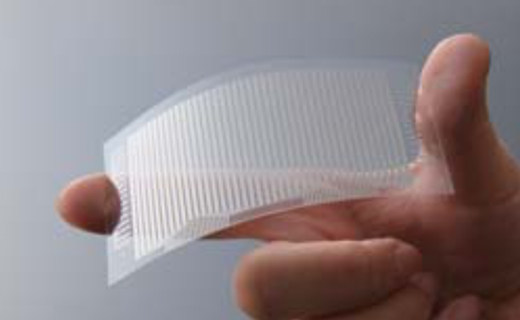 It is a product made by applying ultra-precision
processing to thin glass. 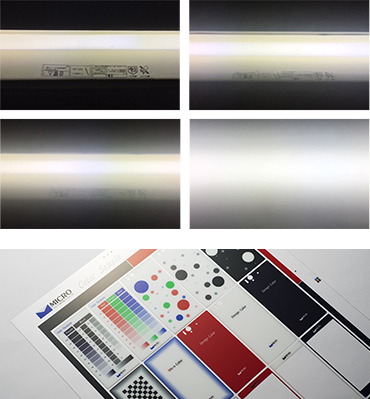 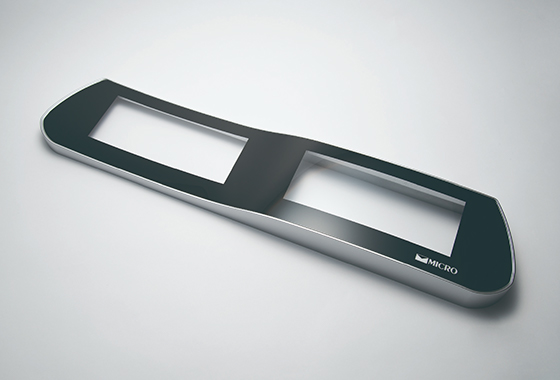 It is a strong glass that meets the demands of curves.
It can also be fitted to the base stand as an automotive cover glass.
Unlike plastic, it has a cool image and a luxurious design. And you can perform decorative printing processing by AG/AR/AF processing and high precision printing technology. 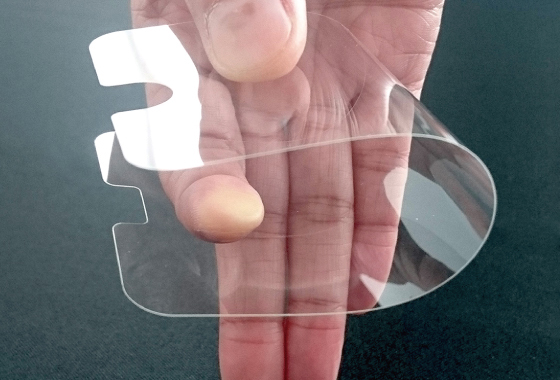 With glass slimming technology, glass that has been thinned to the limit bends like a film.
Thin film processing technology can be added to it, and metal wiring processing can also be performed. 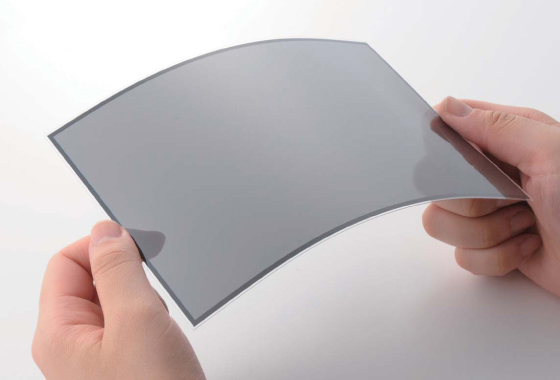 It is a one-sided laminated type capacitive touch panel developed with the concept of high performance, high reliability, extremely thin, light, and hard to break even when bent.
The ultra-thin glass (thickness 0.02mm to 0.05mm) of the sensor part and PET film are bonded together, and the PET film is film-formed with ITO or the like to block noise from the LCD panel. Furthermore, by changing the film of the support, the specifications and applications can be expanded.

MICRO TECH is good at ultra-precision machining with 50 years of knowledge, experience, information and technical capabilities.
We produce unique and original materials as requested.